To celebrate St. Patrick’s Day this year, it seemed like a good idea to add some metaphorical green to the day by taking advantage of the last day of Vegfest Brighton. This turned out to be a great way to spend a Sunday afternoon. It almost made up for the fact that I couldn’t spend the holiday in Dublin.

Though there was no St. Patrick’s theme to be found, there were plenty of stalls at Vegfest that helped me celebrate. Green’s Gluten Free Beers was there with free beer tasters – I ended up liking the Discovery variety enough to snap up the last three bottles available for sale (if the rampant food-stealing in my dorm’s shared kitchen gets to these, there will be blood). It’s almost reminiscent of cider, it’s gluten-free, it won an award from the US edition of Vegetarian Times a couple of years ago, and it’s stocked in Whole Foods locations across the US. Not too shabby. END_OF_DOCUMENT_TOKEN_TO_BE_REPLACED 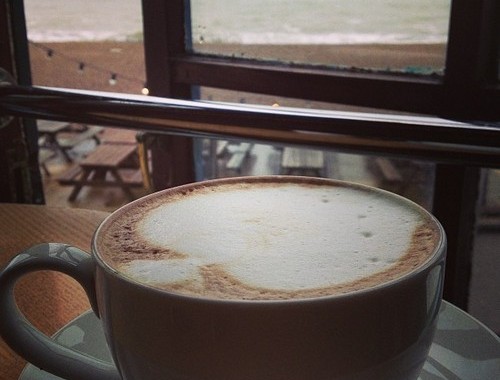 Sadly, I’m still in England rather than celebrating in Ireland as I’d hoped (seeing as it would have cost more to spend a weekend in Dublin for St. Patrick’s than it will for me to spend five days in Dublin and Cork next month, I think I made the right call), but I did manage to celebrate a bit! END_OF_DOCUMENT_TOKEN_TO_BE_REPLACED

After a few days of word vomiting about Poland, it’s time to get back to my comfort zone: posts about the delicious food (and, occasionally, things to do that aren’t food-related) in Brighton. I’ve posted about some of my favorite cafes, but somehow I haven’t mentioned Marwood Coffee Shop yet. Which is a tragic omission – Marwood is definitely one of the best places around. END_OF_DOCUMENT_TOKEN_TO_BE_REPLACED

So this morning, I made the totally reasonable decision to wake up at 3:30AM so that I could watch the Community panel at PaleyFest. Which was worth it, seeing as I’d already missed the 30 Rock panel Paley put on, and the panel itself was great – the whole cast did Britta’s pizza dance. And after that was over around 5 I had several extra hours before my 9AM seminar, so I made an actual responsible choice and went to the library (which is blessedly open 24/6) to do some reading before class.

Anyway, what I’m getting at is that by the time I got out of class at 10, it felt more like 2 and I figured that early-morning library run meant I’d earned a nice big breakfast instead of a sad attempt to subsist on the toast and Marmite I made at 5:30. So I went off to Bill’s, a place I’d been meaning to try for weeks. The interwebz said they serve one of the best breakfasts in Brighton. END_OF_DOCUMENT_TOKEN_TO_BE_REPLACED

As someone who spends most of the year in the New York area and fully intends to move to DC after graduation, I’m kind of obligated to be obsessed with brunch. This is totally fine with me. Much like my lady hero Leslie Knope, I love breakfast food. And I’m addicted to coffee. And I also don’t mind day drinking. Brunch is a magical combination of all of the above.

Full disclosure: today’s brunch wasn’t so much a proper brunch as me getting into town later than expected and ordering from the breakfast menu at one of my favorite cafes at noon. As such, mimosas were not in the picture. But I think it still counts. END_OF_DOCUMENT_TOKEN_TO_BE_REPLACED 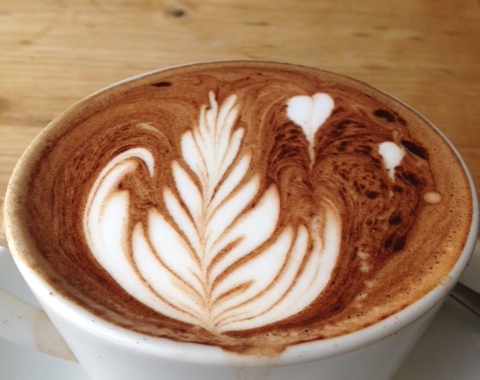 1 February 20133 January 20161 Comment
Thinking of English stereotypes, Americans often jump to England’s love for tea. Working with that stereotype in the months before I got here, I tried to transition from a coffee person to a tea person (like that was ever going to happen), assuming good coffee would sort of take a back seat to tea here.
That assumption, it turns out, was (mercifully) quite far from the truth.